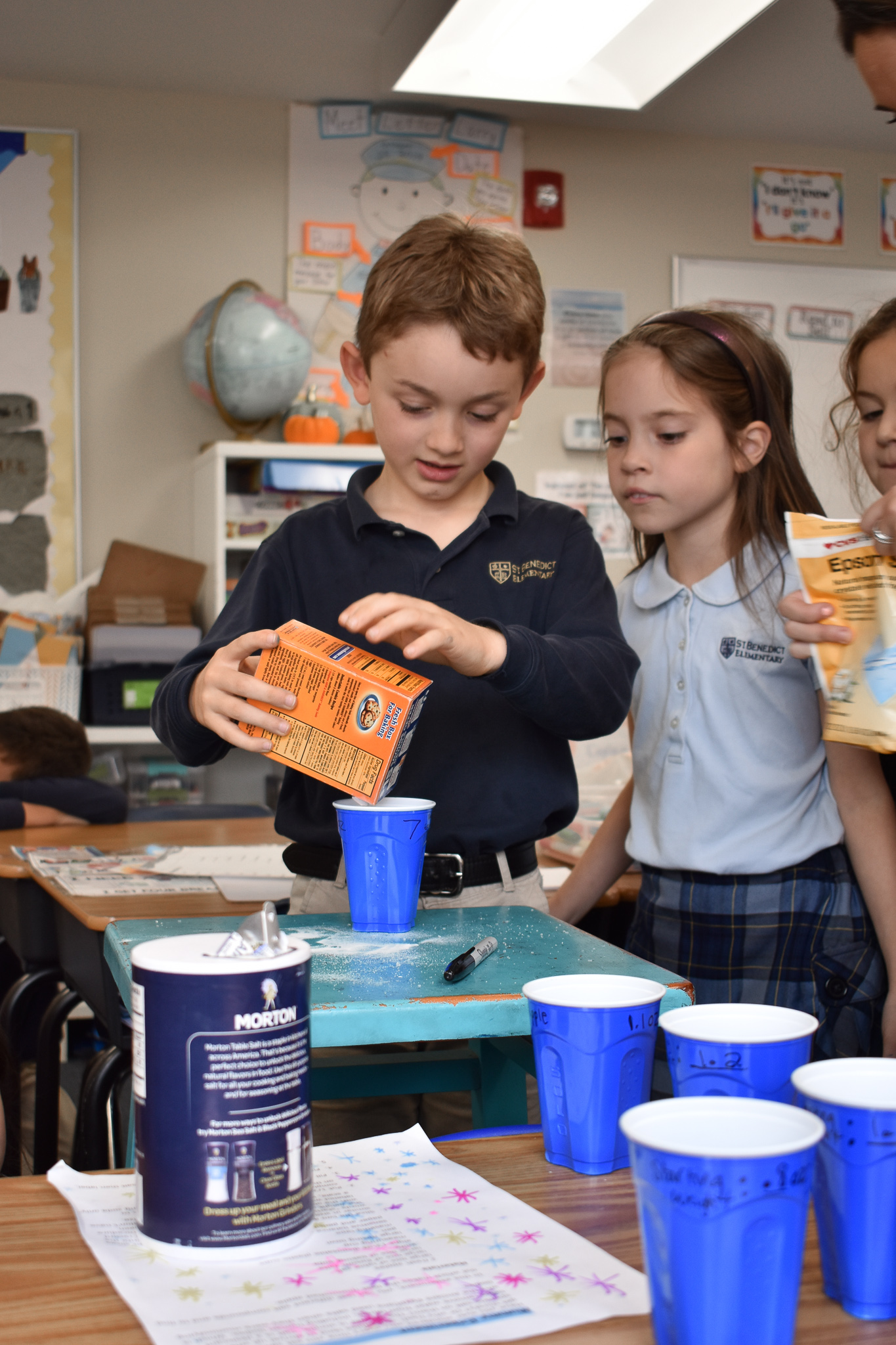 Ancient Egypt is the main topic of study in second grade History. Second graders learn about the pyramids, how to write hieroglyphics, the conflict between Lower and Upper Egypt and, of course, mummies. The Ancient Egyptians believed in preserving the bodies of the dead for the afterlife. The process included removing the organs, pouring mixtures of spices and salt over the body and finally wrapping the body in linen. The students are fascinated by this process and especially by the removal of the heart. The Ancient Egyptians believed that the heart is weighed in the afterlife. If the heart is heavy, then the person was very sinful on earth. If the heart is light, then the person was benevolent on earth.

At this age, it is very important for students to be hands-on and involved in every lesson. As a class, we completed a multidisciplinary project of “mummifying” apple slices. First we weighed eight apple slices. Students took turns filling seven cups with one apple slice and a combination of table salt, epsom salt and baking soda. An eighth cup was used as the control with only one bare apple slice. After one week, we will observe the changes to the apple slices in regard to weight, size and shape. As a class we will decide which mixture of salts and baking soda was the most successful in mummifying the apple slices.