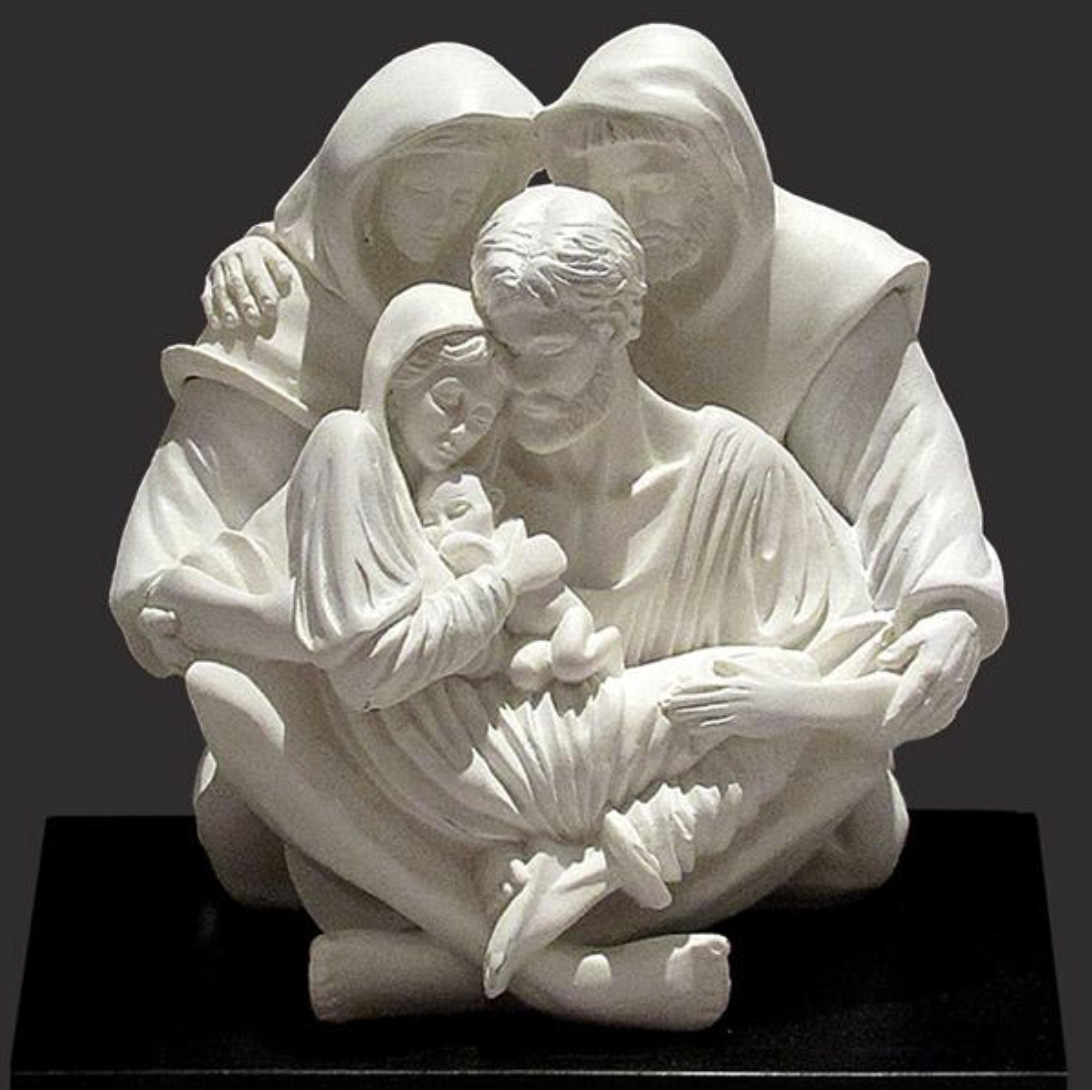 Grandparents for the Future of Saint Benedict Classical Academy

Little is known about the lives of Saints Anne and Joachim, the parents of Mary and grandparents of Jesus. Second century sources tell us that Anne was born in Bethlehem but married the scholarly and pious Joachim of Nazareth. They were barren until visited by an angel, who foretold the birth of a most wondrous child to them: a daughter, whom Anne named Mary. So grateful were they to the Lord for this blessing that they brought little Mary to the Temple of Jerusalem and consecrated her to the Lord. You know the rest: upon returning to Nazareth, she received the visit of the angel Gabriel and became the mother of Jesus. What love, joy, and awe must Anne and Joachim have felt when they first saw the little Lord Jesus in his mother’s arms! How they must have wished that they too could support and protect him.

As the devoted grandparents of four St. Benedict Classical Academy (SBCA) students, my husband Javier and I cannot help but feel a special kinship with Saints Anne and Joachim. For starters, we were married on their feast day of July 26, but little did we suspect in 1975 that the patron saints of grandparents would become increasingly meaningful mentors to us over the years. We know the children’s parents (the Marys and Josephs of the world) will do the “real work” of creating a home, protecting and nurturing the children, and raising them to love the Lord and to serve others. But perhaps we grandparents, like Anne and Joachim, have a special role of support and it is to offer our overflowing love, modest wisdom, and whatever shelter we can from life’s storms.

My husband and I feel this way as twenty-first century Catholic grandparents. The world in which our grandchildren are coming of age is tempestuous — a loud, fast-moving world of electronic information, immediate gratification, and social media that often dehumanizes. Ours is a “now” culture that dwells in the present moment and urges the relentless pursuit of self. It prizes puffery over humility and entitlement over gratitude. It even pushes children to question their identity at the most basic level, the gift of the sex given them by God.  Talk about ingratitude…

For those reasons, we are immensely grateful for St. Benedict Classical Academy, a sure shelter from the storm. SBCA invites students to both slow down and look up. The school prizes books over screens and prayer over shoulder-shrugging indifference. Through the study of literature, history, geography, Latin, music, and art, St. Benedict encourages student appreciation of the rich past to which they are connected. It lifts hearts to the true, the good, and the beautiful. SBCA works to cultivate strong mathematics skills and love of the natural world through its science and mathematics programs. Above all, the school is Christ-centered, committed to teaching the Catholic faith, and forming student hearts in a program of virtues-based character education. That is evident in the respectful exchange of ideas in class, or when cultivating the qualities necessary for self-mastery. I asked our granddaughter one day what she was studying and was delighted to hear her say, “Perseverance…doing hard things even when I don’t want to,” and then added, “it’s not my best virtue.”

As a grandparent and a Trustee of SBCA, I write this letter to encourage you to help secure our grandchildren’s educational port in the storm. St. Benedict Classical Academy needs a consolidated campus and school building. Our school is just ten years old and has grown rapidly: from 23 students its startup year of 2012 to 234 students in the fall of 2022. The extraordinary generosity of a founding family made it possible to call 2 Pleasant Street our first home – but we have outgrown it. In the last decade, SBCA has had to rent three additional buildings. By God’s grace, they are all in proximity to each other. The school needs a permanent home – its own building(s) on its own campus.

Progress has been made on this: two years ago, the school received an astoundingly generous gift from devoted SBCA grandparents. That enabled us to purchase twelve acres of land for a campus in Natick, Massachusetts, just a mile from our current location. The Board contracted with an architectural firm for renderings of the building, and we began the quiet phase of a capital campaign. We have had grandparent leadership gifts of six and seven figures that are making our burden lighter. But this is a Way of the Cross thirteen-million-dollar campaign. We need to raise another six million dollars, and we are asking St. Anne and St. Joachim to intercede for us. And we are asking the Annes and Joachims in our midst, the grandparents, to help us.

First and foremost, please pray for the success of this campaign. That is a major contribution. We also ask that you prayerfully consider a financial gift, a stretch gift if at all possible, to help secure the future of St. Benedict Classical Academy. Jesus said: “Where your treasure is, there too shall your heart be.”  If your heart is with your grandchildren, with our country’s future, and with the Lord’s summons to “cast your net into the deep,” we hope you’ll join us in this campaign. We know that many of you have been stretching already, first in the process of raising your own children and then assisting them and your grandchildren along the way. Perhaps you are even helping with tuition. But we’re going to humbly ask you (like Oliver Twist) for even more. SBCA is a shelter you can provide for your grandchildren and for future generations in the storm.

We close with this inspirational image (featured above). The artist Timothy Schmalz has attempted to capture the timeless love of grandparents, parents, and grandchildren in his heart-shaped sculpture. Anne and Joachim embrace the Holy Family. They are in the background (their features less distinct), offering the strong support of a broad sheltering tree or sacred cave. Mary and Joseph will protect the Christ child, teach Him the sacred texts, raise Him with a trade as carpenter, ready Him for his own presentation in the temple and walk to Calvary. But Anne and Joachim are behind them, offering wisdom, love, and strong protection from the storm while He is small. They will not be with Him on the hill at Calvary, but they can be with and for Him at the time of his youth. And their love partially enables Him to bear his cross.

During this season of giving, we as grandparents are reaching out to all grateful grandparents of SBCA scholars to join us. Please prayerfully consider a stretch gift to St. Benedict Classical Academy’s Capital Campaign and have a joyful restorative holiday season.

Yours in Saints Anne and Joachim,